“It may be an inanimate object, yet it has a personality – you feel a bond with it – it’s a living, breathing organism.”

So says our Head Cooper, Ger Buckley, a self-confessed tool obsessive, and a man whose knowledge of wood grows far beyond his professional life. A true craftsman in the purest form of the word, Ger is a fifth generation Midleton Cooper who uses the same methods and tools as his grandfather. His passion stems not only from his family’s lineage, but also from his fascination with the varied attributes his preferred source material allows. 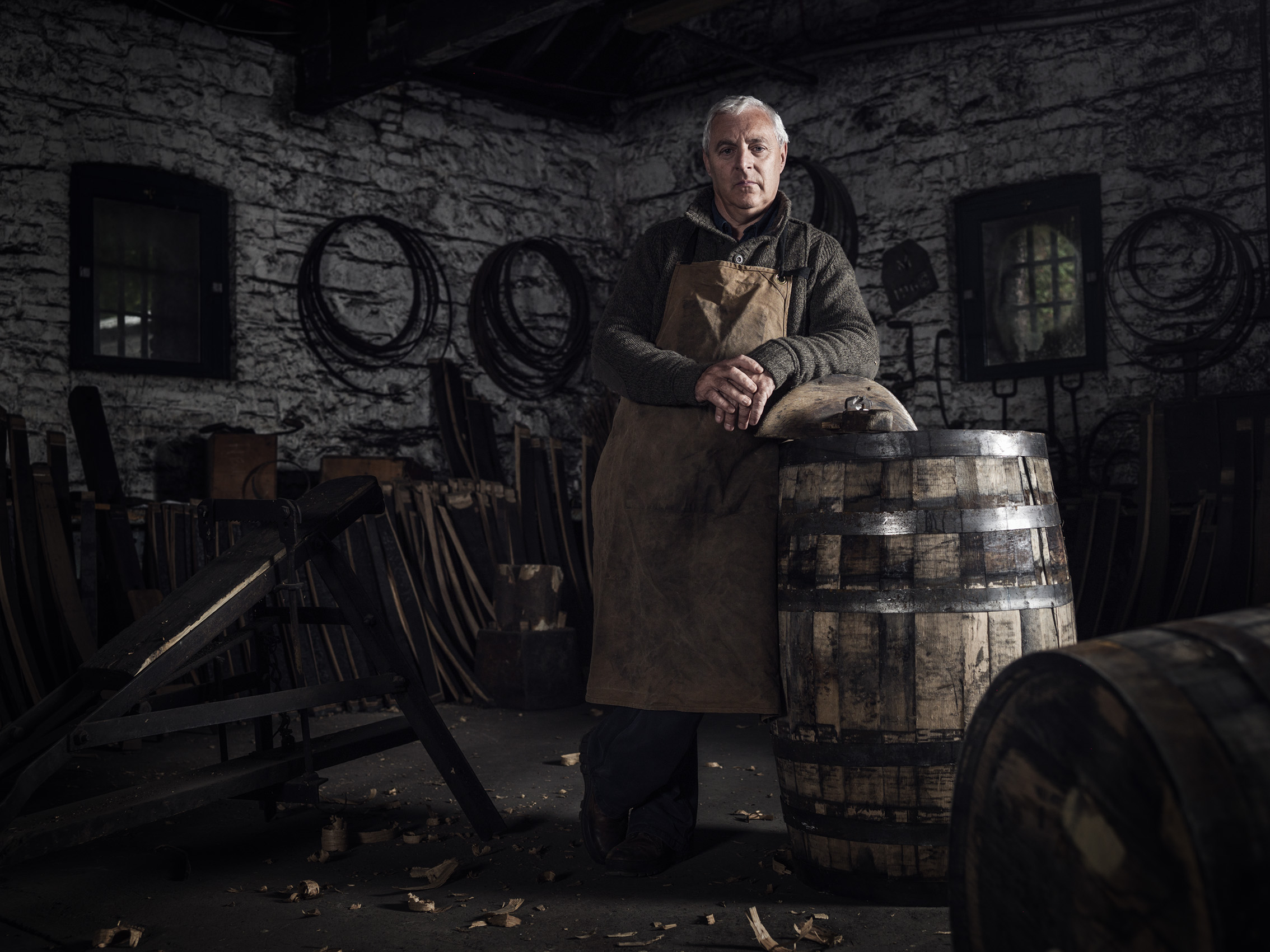 The tools of his trade are an extension of Ger himself; “I collect and interpret tools – I’m interested in the way someone may use a tool differently to myself”, a fact made evident by one of his most treasured possessions, a 90 year old mallet, with a handle worn thin by generations of family use. It was during his formative years as an apprentice, to his own father, that Ger became acquainted with the ancestry of his role, with the methods of coopering undergoing just the slightest of changes since the Roman Empire.

Overseeing the supply and maintenance of all the barrels that Jameson is matured in, Ger is responsible for ensuring that the Distillery’s one million oak casks are in peak condition at all times.

However, it is his passion for the product and the end of the process that Ger takes most pleasure in. He proudly states that “50% of a whiskey’s taste comes from the wood – so the wood and the distillation process have an equal effect on the taste”.

When you have a skill that’s been passed down through five generations of your family, you deserve a tribute that can be enjoyed by the next five. The Cooper’s Croze - part of the Whiskey Makers Series - is an Irish Whiskey that celebrates the craft of our Head Cooper, Ger Buckley.
Learn more