"We’re a serious whiskey but from a family atmosphere – whiskey is at the heart of that family."

Master Blender Billy Leighton epitomises the spirit of a serious whiskey that doesn’t take itself too seriously.

With almost a decade of experience as Head Blender behind him, Billy’s precision can be traced back to his first role, as a trainee accountant at Irish Distillers’ Old Bushmill Distillery. When given the opportunity to move into production, Billy went from calculating VAT to the Vatting House, where he prepared the whiskey for bottling. As the years went by, his duties grew, eventually encompassing blending, warehousing, maturation and expanding further into distilling. Today his role sees him marrying together a range of notes, ages and grain types, creating a palette of tastes that combine to make up the entire Family of Jameson Whiskey.

“You don’t set out to become a whiskey blender from day one,” says Billy. "What helped was the experience I gathered with my whiskey production, but perhaps most specifically, from the blending point of view, the intimate knowledge of my stocks proved most valuable.” Far from being dressed in a lab coat and surrounded by test tubes, it’s Billy’s job to manage the stock and forecast future demands. So perhaps accountancy wasn't the most unlikely beginning for this blender after all. "The top priority is the management of the maturing stocks to make sure that the right type of whiskey will be available at the right age and in the right casks,” said Billy. “It's the only way we can confidently and consistently maintain supplies of all the Jameson Family, from Jameson Original right through to Jameson Rarest Vintage Reserve.”

If Billy’s approach to stock management is somewhat systematic, then his appreciation of the complex taste and textures of Jameson Irish Whiskey reveals a poetic side to the Master Blender. When describing the Jameson Vintage Reserve, part of which is uniquely matured in port casks, Billy harks back to his childhood memories; “I described it as plums, maybe an element of peaches… but it really takes me back to my great-grandmother’s back garden where she had a plum tree in the garden. To me that’s what you get; real fleshy succulence.”

Billy waxes lyrical in his description of Jameson’s various whiskeys, with highly emotive and personal words he aptly distinguishes the toasted vanilla butterscotch tones from the oak flavours, all part of what he calls “the top end of the flavour spectrum”. Whether it’s through the diligence he shows in his work or the language he uses to describe it, Billy is seriously committed to the cause and dedicated to ensuring the very best conditions are available for the whiskey to mature in.

With almost a decade of experience as Master Blender behind him, Billy’s precision can be traced back to his first role, as a trainee accountant at Irish Distillers’ Old Bush Mill Distillery. When given the opportunity to move into production, Billy went from calculating VAT to the Vatting House, where he prepared the whiskey for bottling. 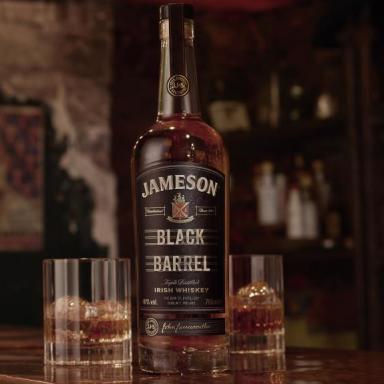